Next job was to start looking at the wiring. It bugs me when PO's (over the last nearly 40 years!) botch things and change from stock wiring so started to go through the fuse box connections and found a whole load of discrepancies with the official diagram and the connections in my car. Mainly to do with fuses 2,3,4. The fuse box and wires nearby

Under this front arch looks pretty good. Heavy underseal, but appears to be ok although I'll work on these over the coming years to check for rust and remedy. The front end of these cars suffer from rust around the lower edges of the front arches, and front valance - I suspect they will need repairs in due course to bring them up to my standards 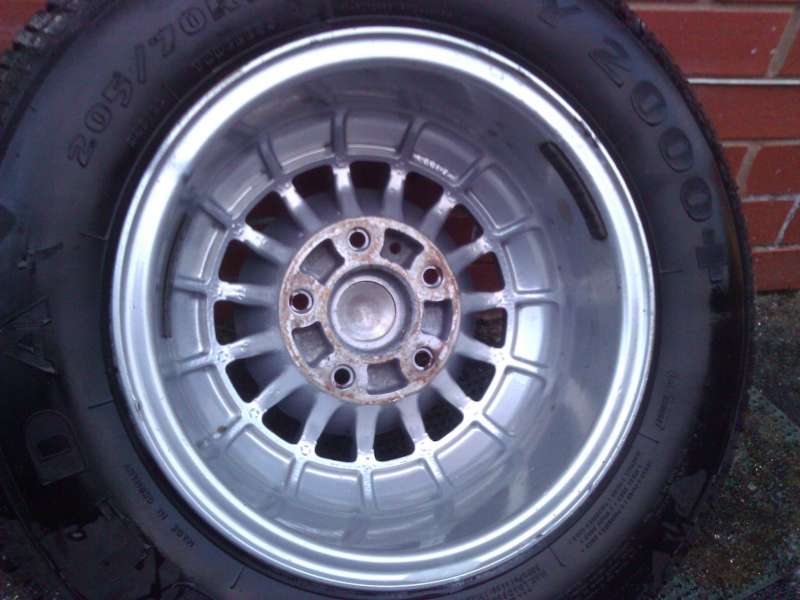 Time to have a look in the wheel wells and clean up the wheels. The rims have been stripped and powder coated in recent years so look very nice, but still needed a good clean on the inside to keep them that way. Not many of these wheels on the

Always a high priority job on a new car for me is to replace the fuel hoses. Even though the ones on the car were quite new I found evidence of cracking in the outer skin so time to replace them with Sytec cotton braided 7.5mm 10bar hose and new Norma style 12/13mm hose clips.     View of the rear cam cover and rear row of Webers

Replacing the fuel lines on my Lamborghini Urraco P250

I don't mess around. The engine was still warm from the drive home and I'd already pulled the air intake boxes to check the engine over a bit better. Decided to replace all the fuel lines for peace of mind - now I work on Lambos :) Straightforward once the air boxes are removed which involves removing the top covers, then eight nuts that hold the

Driving the Lamborghini Urraco back home to Manchester

First thing first. My new car took some finding and I had been on the trail of this particular one for a few months since seeing it advertised on www.carandclassic.co.uk I didn't have the funds at the time, but kept the owners details and on selling a car was in a position to strike a deal with the owner in February 2013. Finally the day came and

Welcome Lamborghini fans. Read all about owning a Lamborghini Urraco P250. In this blog I intend to document all the work I carry out on my 1974 RHD P250S starting 18.2.2013 over the next few